Even the best-designed assessment system needs to be implemented thoughtfully, which requires that all users of assessment evidence have a certain degree of assessment literacy— an understanding of both the meanings and the consequences of educational assessments.

In this interactive workshop, participants will learn what makes some assessments better than others, why student progress measures are almost entirely useless, why most tests will never produce useful diagnostic information on students, and why most school assessment systems do not do the things they are intended to do.

The workshop will include a consideration of how assessments are interpreted, recorded, and reported to key stakeholders, as well as some in-class suggestions for how to get good and quick feedback from students.

Dylan Wiliam is Emeritus Professor of Educational Assessment at University College London. In a varied career, he has taught in inner-city schools, directed a large-scale testing programme, served a number of roles in university administration, including Dean of a School of Education, and pursued a research programme focused on supporting teachers to develop their use of assessment in support of learning.

After a first degree in mathematics and physics, and one year teaching in a private school, he taught in inner-city schools in London for seven years.

In 1984 he joined Chelsea College, University of London, which later merged with King’s College London. From 1996 to 2001 he was the Dean of the School of Education at King’s, and from 2001 to 2003, Assistant Principal of the College. In 2003 he moved to the USA, as Senior Research Director at the Educational Testing Service in Princeton, NJ. From 2006 to 2010 he was Deputy Director of the Institute of Education, University of London.

Register Now:
Please ensure you are logged in to see and receive the member price (LNNZ events only).
Please refresh this page after logging in to show the member price, before adding the item to your cart. 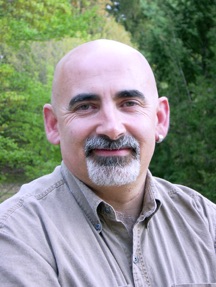 What Every Teacher Needs to Know about Learning & Memory- Dylan Wiliam