He works in every area of education (primary, post-primary and tertiary) conducting in-service programs/seminars for teachers and support staff, lecturing widely at Colleges of Education, Universities and schools, working with parent groups and students in schools.

He has taken seminars, in-services, lecture-programs and developed in-school workshops with teachers (across Australia, New Zealand, Europe and the U.K.) in the past sixteen years. His work is known especially for his commitment to a skills-based approach to discipline and behaviour management and the emphasis on a colleague support focus across the school for the development, and maintenance, of positive behaviours within a rights, responsibility, rules focus. Bill is the author of many journal articles and contributions to magazines (in Australia and the U.K.) and has published a number of books in Australia and the United Kingdom. He also has written for the Times Educational Supplement in the UK. Bill is on the Editorial Board of Emotional & Behavioural Difficulties a journal published quarterly by Social, Emotional and Behavioural Difficulties Association (SEBDA) in the UK.

He has taught at both primary and secondary phase, in schools, and in 1985 took up a consultancy position with the Ministry of Education (in Victoria) to promote whole-school approaches to discipline, behaviour management and student welfare.

In 1988 he was awarded a scholarship to the United Kingdom to research teachers stress; he lectured widely during that visit on topics related to stress and teaching. He also consulted to the committee who drafted the Elton Report: Discipline in Schools (1989) London.

Since 1988 Bill has returned on numerous occasions to lecture at major universities and to conduct seminars and in-service programs with a number of Education Authorities in England, Wales, Scotland, Northern Ireland, the Channel Islands, Germany, Denmark, Estonia, Poland, Sweden, Switzerland, Indonesia, New Zealand, Dubai and New Guinea. He has conducted a number of Summer Schools at the University of Cambridge Institute of Education, UK.

Prior to teaching Bill was a parish minister for seven years in the Western Suburbs of Melbourne; a role including chaplaincy in hospitals and schools.

He was made a Fellow of the Australian College of Education in 1998. He has also received an award for Excellence in Education (1993) Victoria, and in 1995 was awarded the Hedley Beare Educator of the Year Award (1998) by the Australian Council for Educational Administration (Victoria). He was appointed an adjunct professor (Education) at Griffith University (Queensland, Australia) in 2000 a post he held for eight years. He is an Honorary Life Fellow at All Saints and Trinity College at the University of Leeds (UK) and is currently Honorary Fellow at the Graduate School of Education : Melbourne University. He has been a visiting professor at universities in Europe and UK over the past 30 years. 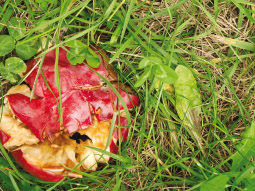 WORKING WITH STUDENTS WITH CHALLENGING BEHAVIOURS