Andrew has recently been described as an ”interesting mixture of Billy Connolly, Tim Winton and Frasier Crane” and as someone who “puts the heart back into psychology”. As a clinical psychologist, Andrew Fuller works with many schools and communities in Australia and internationally, specialising in the wellbeing of young people and their families.

He is a Fellow of the Department of Psychiatry and the Department of Learning and Educational Development at the University of Melbourne. Andrew has been a principal consultant to the national drug prevention strategy REDI, the ABC on children’s television shows, is an Ambassador for Mind Matters and is a member of the National Coalition Against Bullying.

The concept of “resilience” offers a coherent framework for the creation of schools that are sensitive to the developmental needs of young people and their teachers. As Andrew describes, resilience is “the happy knack of being able to bungy jump through the pitfalls of life – to rise above adversity and obstacles.”

He is the author of many best-selling books, including Tricky Kids, Guerilla tactics for teachers, Help your child succeed at school, Raising real people (ACER), From surviving to thriving (ACER), Work smarter not harder and Beating bullies.. Andrew has also co-authored a series of programs for the promotion of resilience and emotional intelligence used in over 3500 schools in Britain and Australia called The Heart Masters.

Andrew has established programs for the promotion of mental health in schools, substance abuse prevention, and the reduction of violence and bullying, suicide prevention programs and for assisting homeless young people. Andrew continues to counsel young people. He conducts workshops for organisations, parents, students, teachers and health professionals on a wide range of topics. 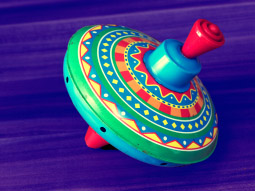 TRICKY KIDS…HOW TO ENGAGE THEM