Pio’s numerous appearances as an actor, comedian, musicain and radio and television host over the last two decades have established him as one of New Zealand’s most popular and personable entertainers and MCs.

His starring roles in locally produced shows such as It’s in the Bag, Tangaroa, Are We There Yet?, My Kind of Kai, Intrepid Journeys, How’s Life, Spin Doctors & Matuku have made him a familiar face with an appeal that spans generations. He has twice won Best Comedy Performer at the NZ Film and TV Awards, with his series PIO also winning the Best Comedy Programme at the aforementioned awards. Pio also appeared on screen in the feature film Spooked and the television film The Man Who Lost his Head, further cementing him as a talented and valued screen presence internationally as well as in New Zealand.

His many years of experience behind the scenes as a producer, company director and programme creator for Pipi Productions and 4 Winds Films has given him valuable business insights and built on his ability to relate to a wide variety of audiences.

Pio is a passionate Positive Parenting advocate and spokesperson and has presented No Sweat Parenting shows around the country for many years, as well as helping to write and present a series of the same name for Maori Television.

As a result of these ongoing successes and his natural affinity with people Pio is in very high demand as a MC and keynote speaker for corporate events and community functions throughout New Zealand, Australia, Asia and the Pacific.

Pio was deservedly appointed a member of the New Zealand Order of Merit in the 2012 New Year’s Honours List.Over the last 15 years Pio has been entertaining audiences nationwide on parenting, relationships and living through depression and grief. He is passionate about NZ families and the wellbeing of the people of Aotearoa. “We live in the best country in the world, but sometimes we forget it.” 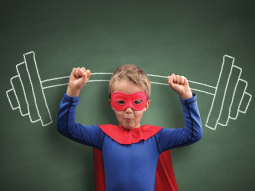 SUPERHEROES: POWER UP YOUR LEADERSHIP